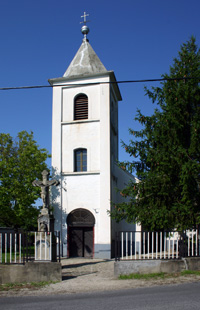 The chapel, well-known as the Chapel of Vashegy, was built in 1883 by
utilising an earlier, probably baroque chapel.

Its tower stands before the façade, and its chancel ends in three sides of an octagon. Its interior equipment is of the 19th century.

Pictures from the Chapel of Vashegy

My location
Get Directions